Who is Master T?

Tim Wheatley ~ Enlightened Thinker. I have been on my spiritual path from the time I was 5 years old. I realized I was psychic at a very early age. Memories as a child being asked if the new toys made me happy, my response was NO they don’t MAKE me happy. My happiness isn’t connected to these toys. My comment was not well received. Subsequently I was taught that speaking my mind was more than likely going to get me punished in one way or another. Having internal conflicts over the next 10 years from what was being taught to me at the kingdom hall and my elders versus what  I knew to be true.

As an Enlightened Master I am here to remind you

that you are more than you think you are. The key to releasing your authentic self from your Egoic mistaken beliefs is in the book

My Mother always told me to keep learning. I went on to study the traditional psychology approach to this question. At 14 years old I was immersed into Freud, Carl Jung, Fritz Pearls along with Carl Rogers forms of psychology. My understandings lead me deeper into the realm of self identification. During my late teens and early 20’s I began with experiential workshops from Werner Erhard Seminars Training(E.S.T.) then SAGE workshops. I entered Tendai Buddhism and the world of Tantra.

I went on to study “A Course in Miracles” and began an advanced inner work at Cleamind International Institute. I went through a very dark night of the soul and was fortunate enough to have amazing support through my dark night. My soul came out in the light. After a few years I was facilitating workshops for Clearmind and once again realized there was more going on. Then it happened, I had just finished a 3 day workshop at Clearmind that I produced. It was the next morning at 3:00 a.m. when I was woke by a voice that said “Take notes, this is what you are hear to do” at which point I said “leave me the hell alone”.

I then began working another member of my family who brought his conscious awareness into the music industry in the UK. Together my nephew and myself worked the music and the other patented technology into a blend that simply is astonishing. You can find this amazing breathwork music at www.blissbreath.ca 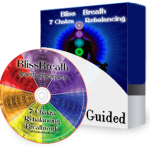 Ask the Question that puzzles you!